Emotional intelligence can be taught 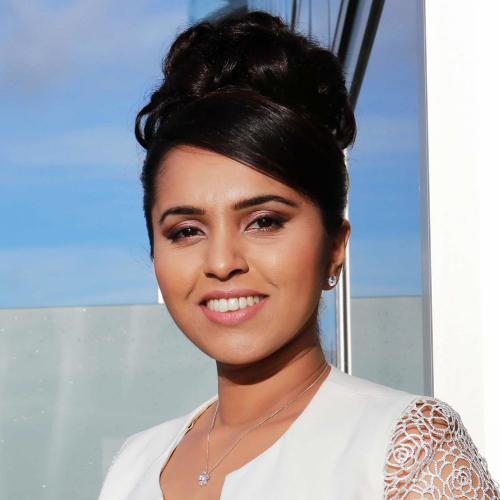 Chani Simms, an award-winning cybersecurity leader and entrepreneur based in London, is an ardent champion of emotional intelligence in the workplace — what she believes is the only sure way to bridge the skills, confidence and diversity gap.

She’s no stranger to the experience of being the only woman on the team but faced a different set of challenges throughout her IT career. “I fall into the minority category,” she says. “I’m South Asian. I don’t have the same accent or the same skin colour. I’ve had occasions where people didn’t know how to react to or understand me.

“That’s why emotional intelligence is so important,” she adds. “When you understand your own emotions and you’re able to put yourself in other people’s shoes, you’re in a better position to solve problems, understand others and have empathy. A toxic culture can develop because of a lack thereof.

“If you empower people to become emotionally intelligent leaders, they look at the problem instead of the person,” she says. “You need a confident workforce and if you can’t work with people, that’s where the problems start.”

She was born in Sri Lanka into a family of mostly police and military members and became interested in IT and security as a schoolgirl. She dreamt of working at IBM, which came true in 2000 when she got a job as an administrator. Years later she was working at IBM again — this time in London — after receiving a computer science degree.

“After I left IBM, I started working as a consultant. I tried different things — hacking, forensics and all sorts of training courses just to understand the different areas,” she says.

She became an entrepreneur almost out of the blue, she jokes, after a colleague threw out the idea of starting a company of their own. Meta Defence Labs, of which Chani is co-founder and managing director, was born in 2015. “We all come from technical backgrounds, so learning soft skills and talking tech to businesses was a challenge,” she says. “It was a journey and a really good one, actually.”

Female role models in tech should be as big as the Kardashians in Hollywood, Chani believes. “Women shouldn’t be highlighted for being women but for their skill sets. It’s everyone’s responsibility.”

In 2018 she founded the SHe CISO Exec. global platform. This five-day boot camp and mentoring initiative were designed with a focus on offering up to 100% scholarships to individuals entering the cybersecurity sector for the first time — a give-back project that includes quarterly meet-ups and monthly mentoring calls as well.

“I have seen a lot of talented, skilled and educated people who lack the soft skills they need, especially in South Asia,” she says. “We teach them cybersecurity basics but also different leadership styles, emotional intelligence, how to communicate effectively, personal development and more.

“We were empowered just by doing it! Sharing knowledge is one of the best things you can do.”

Catch Chani in action at this year’s CIAO event, “Secure your digital future”! Click the button below to find out more.