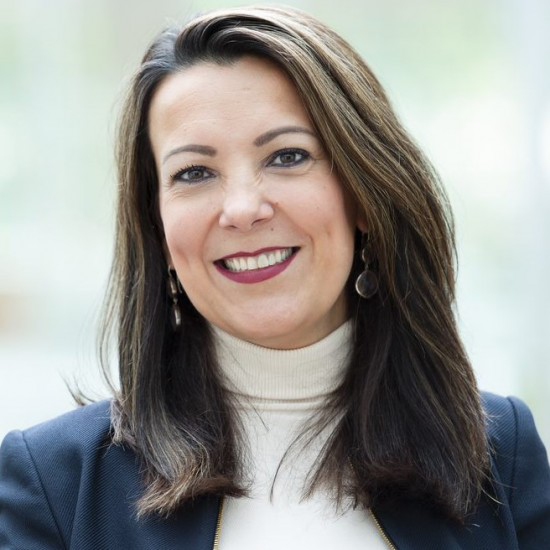 Dana Spataru is an inspirational woman who wears many hats in the digital field. As a Partner in Risk Advisory at Deloitte, she leads one of the more offensive parts of their cyber security team – a team she refers to as ‘the hackers, the pentesters, the red team.’ At European level she is also the lead for Emerging Technology Security: “It entails all the new and exciting parts of cyber security like connected devices and digital factories security, as well as emerging topics such as 5G. Everything new that we don’t necessarily have a bucket for is part of this emerging technologies group that I am responsible for.” Furthermore, Dana is also the Diversity and Inclusion lead for the Deloitte cyber team, which consists of about 220 people across the Netherlands.

As a student in Mathematics, Physics and IT, the closer she came to graduation and joining the workforce, she felt that she did not want to work behind a laptop for the rest of her life. Trying to pivot towards a career in Marketing, she got a job at Procter and Gamble, where instead of a marketing position, she was placed in a support role within their IT department: “They figured out that I understood SAP and that I could code, so they moved me into a more technical role fairly quickly.” After some time, she began wondering how her plan to move to a marketing position landed her back into IT, so she decided to do an MBA with the aim of changing to something outside of IT when done. “But I was always sort of pulled back into technology,” she tells.

It was during her MBA that she was approached by Deloitte to join their Risk Management team in Amsterdam, where she initially worked in application security in the ERP space. From there she moved to the control space doing security and control for SAP and other IT applications, after which she finally made the move to cyber security, where she established herself as a major role player and worked her way towards partner. After 12.5 years with Deloitte, Dana recently celebrated her copper anniversary.

Although there have been challenges along her path to success, she overcame them by purposefully considering her options, and using them to her advantage: “From the strategy perspective of the firm, you can be successful in one of two ways. One is by focussing on clients, and building revenue quickly. This is tangible and easy to do. The other is by building a team around a certain topic, which is a more vague route to follow, because it is difficult to gauge whether you are successful or not.”

Taking a client focussed approach, Dana used her soft skills to help source the right talent into her team for a multi-year cyber security transformation program: “And that’s what made the difference. It’s not always about what you know, but about whether you can build the right team. Can you make people follow you, and can you convince the client that you can bring them the right competency to help solve their problems.” Her first client when she returned to the Netherlands after spending a few years in the Deloitte office in New York became one of her biggest projects to date, and she was promoted to Director, and on her way to partnership: “It’s about the right conditions, and a bit of luck.”

Dana now finds herself in a new phase where she runs her own piece of business, and is faced with figuring out how to package it so it can get to the right clients: “When you look at a firm, you consider the merit of a successful career based on the information on hand. In my case, I look at it in the following ways: I am either successful in managing some wonderful accounts where I believe I can make a difference – I can help the client, and I can help improve the world around them with better processes and better security. The other option is to lead teams on a European level, or at a global level, where we create something new, for example a new service or a new way of solving problems. We have always been innovating, and I have a team quite focussed on this.” It’s important for Dana and her team to prioritise innovation time, as this frees the mental space that aids in the creation of something new.

With technology advancing at an exponential rate, and new platforms containing valuable data being developed daily, the importance of best practises in securing all new technology is becoming an all the more vital priority on a global level. And safeguarding information through responsible cyber security practices lies at the heart of Dana’s latest project: “It’s about responsible business, responsible cyber, and really a matter of trying to do the right thing.”

Choose a mentor that shares your values

Over the past 20 years, Dana has headed an NGO in her home country Romania, where platforms available for connecting women in technology are in short supply. She found a personal connection to the mission and activities of RightBrains, and the value of connecting people with the right skills in the tech world: “It is a platform that we don’t necessarily have enough of, and provides a great opportunity for many young (and not so young) ladies who want to succeed in the tech space.”

For Dana being asked to be a mentor is a very rewarding experience: “Find mentors who you share connecting points with: first shared values, then competency, and then the level of support they can give you.”

Her advice for success is to not think too much about the opportunities that come your way: “Go with your gut and trust your ability to face any difficulties that come with the choices you make.”

Meet Dana and other inspirational women in tech like her by joining the RightBrains platform today! Sign up here.