Diversity is the key to success 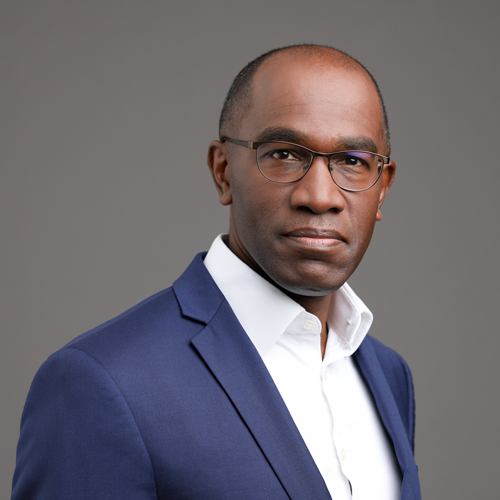 A trained mathematician, Eric Kuisch’s career started in 1991 at KPN and for the past 30 years, he has been making his mark in the telecommunication sector. He is currently the Chief Operating Officer at Eurofiber, an international provider of digital infrastructure.

Kuisch believes diversity is key to the success of any company but admits that this is a challenge.

“The lack of diversity in the digital technology sector is noticeable,” he says. “It has always been a challenge to get a team of people that is diverse in terms of different age groups, different genders, different cultural backgrounds. And especially in the technology field, it has been a challenge to get a team in place that shows the diversity that you would expect from the society in which we are living.”

Kuisch says the challenge for technology nowadays is digital transformation and that it calls for diverse teams who can handle and understand the disruptions coming from every corner.

“All these disruptions come in and then you need a culture in the technology department where transformation is really embraced and can be implemented effectively. And this calls for a team that can manage digital transformation, that can handle disruption. And normally that will only work if you have a quite diverse team.”

He is concerned about the current lack of diversity, because as he puts it, it will slow down the change that technology has to drive. But is there an urgency to address these challenges? He believes so; it's simply a business prerequisite.

“At KPN we had to go through a drastic IT transformation, and I did not feel comfortable with the standard gray-hair, over-50-year-old employees that would continue with the way they have been doing it for years. We had to have a new team. I had the luxury to pick a team from different age groups and three out of the eight people were women. And this was one of the best teams I ever had. It is not only a theory; this shows that diversity works.”

But it is not always easy to get such a team. Kuisch says too often in his career he has developed female talent, and then the women don’t want to pursue senior positions.

“Priorities change, and very often the female leader will simply not take the next step in her development or will make a sidestep or go to a different company because the priorities of the business were not matching her personal priorities.”

He feels more research should be done to understand why this happens and how to mitigate it because diversity is crucially needed at a board level.

Kuisch believes this is where mentoring can help build confidence for women to excel in senior roles.

“I've worked on getting a female leader promoted to my technical board in Germany. It took me three months talking to her every week, to say I know you can do it, do it, I'll support you. And she was blocking herself saying: I've had the job for only one year. How can I leave my team after just one year? Well, I said simply because the company asked you to do it, and you're qualified. And we need you. She finally decided to take the job, and she did a perfect job.”

“It is these mental blocks that the women have. And we should work on developing female leaders to recognise those blocks and get rid of them. And this is where the RightBrains platform can help, where women can talk about these challenges.”

Kuisch has recently been appointed to the Advisory Board of RightBrains.

“RightBrains is well-positioned to get in touch with companies that would benefit from the great work that the organisation has done. The RightBrains community can help women to get to top-level management roles and help companies to get female leadership.”

He also believes companies and specifically men should support organisations like RightBrains. Kuisch says it is only with diverse teams that there can be success.

“Only then can we master the challenges that we face in technology with disruption and transformation.”

His advice to women is to take the next step.

“Step into digital transformation programmes, because you are better at it than men. Don’t let anybody tell you cannot do it, because your intuition as a female leader is much stronger and gives you a much better idea on how to handle transformation projects. And take the next step in your career, even if you are only 80% sure!”