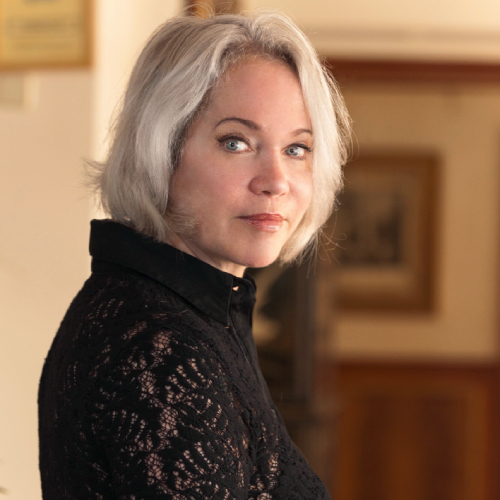 Dr. Karen Stephenson, an award-winning corporate anthropologist and social network analysis pioneer, does not fit in a box. She moves outside of the proverbial box, peeking inside it to study the edges, faces and vertices — visualising what connects different boxes all over the world.

She relies on both classic methodology and quantum physics to get the job done, and if one had to describe her profession using movie titles, it would likely be a cross between Indiana Jones and The Matrix.

If Stephenson’s work sounds scientific, that’s because it is: A human network (an invisible structure held together by trust) is organised using science. “If you could draw a line to show how we’re all connected, it would take the shape of a chemical or physical structure,” Stephenson explains.

While social network analysis is a field of human resources, Stephenson says it’s really a burgeoning field of mathematics that looks at the patterns of human connection inside companies and cultures.

When companies are experiencing problems they cannot get any other consultant to identify, Stephenson gets called in.

Her training in anthropological methods and superior interviewing skills set her apart, and years of globe-trotting have helped her blend in seamlessly wherever she goes.

She tries adapting to a new culture by looking at the way people carry themselves and how they dress. “You must appear familiar and friendly,” she says. “I don’t speak a lot of languages but I get mistaken for a local no matter where I am.”

Should Stephenson’s work take her to Borneo, she’ll end up looking like an insider but enough of an outsider so that people feel like they can tell her things they might not tell to others.

If anthropologist Margaret Mead and theoretical physicist Albert Einstein were alive today, and Stephenson was to invite them to dinner, they’d have a lot to talk about — all thanks to an epiphany Stephenson had years ago.

As a student, she had no idea how she would marry the two contrasting undergraduate degrees she did simultaneously — quantum chemistry and art.

She was pursuing a master’s and PhD in quantum chemistry at the University of Utah when, in a laboratory, she saw people interacting in behavioural patterns she recognized in physics and in chemistry. “I thought, ‘Wow, what is that?’” Stephenson says.

“Sometimes I’ve thought about writing a memoir and calling it ‘The accidental anthropologist’,” she laughs.

After finishing her master’s in anthropology, she moved to Boston and wrote a paper in a class that led the head of the Peabody Museum to ask her: “Why don’t you come to Harvard?”

Stephenson obtained her PhD from Harvard and went on to become “one of many people uncovering these underlying structures in what is now called the field of network science.

“Over three decades of data collection, I now have a database of 1000 organisations that confirm these structures exist independently of cultural differences, yet they must be deftly managed using the knowledge of a culture.”

Her dream is to build on what great thinkers like Mead and Einstein started: Explaining big ideas in the most simple of ways so that more people can understand it and be inspired by it.

After all, data can be show-stoppers. One example is data The Pentagon gave Stephenson special permission to use, to warn others about the toxic effects of bureaucracy within organisations — data that highlights the importance of collaboration.

“When I present data, I present it in such a way that anyone in a company or culture will be able to see certain identifiable patterns,” she says. “By being aware of these network patterns, you become aware of how they impact your decisions; making it possible to help others and even advance your career”.

Dr. Karen Stephenson is one of the keynote speakers at the RightBrains summer event on 20 June 2019.