Being a woman is not a career handicap 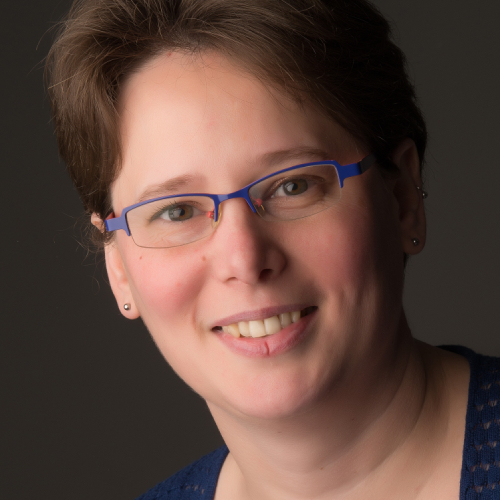 Having worked on the edge of business and IT for some ten years, Krista den Uijl is about to make a switch to full-blown IT. At school, she never premeditated having a career in IT—she simply dealt with the challenge once it was handed to her.

Being a woman has never been a career handicap to her. In fact, she is an advocate for the Pippi Longstocking approach: I’ve never done it before, so I think I can do it.

At university, after finishing a bachelor degree in history, Krista moved on to business administration, specialising in knowledge management. She is adamant that studying history has shaped her more than subsequently graduating with honours as a master in business administration at Amsterdam’s Vrije Universiteit.

“I always say that I get hired on my master’s degree, but that studying history has formed my way of thinking—finding the original sources, looking at both sides of an argument, wondering why things happened the way they did. The two worlds weren’t as far apart as you would think—my interest was in social and economic history, and my thesis was about post-war consumer protection in the Netherlands.

“A history course in strategic management opened my eyes for a master course in business administration. It allowed me to merge my historical perspective on business and management with the practical application of those in today’s world. Specialising in knowledge management was actually my first acquaintance with IT, as digitisation was its main topic, and still is. As a matter of fact, I’ve gone back there following masterclasses on digital ecosystems and platforms.”

In 2008, Krista began her career right at the height of the financial crisis, which meant her first steps in the consulting world were short-lived. She soon moved over to PGGM, one of Holland’s largest pension administrators, before returning to consulting at IG&H where she worked in the financial services industry.

“This soon involved advising on IT systems that would help business reach their goals”, Krista says, “so gradually my work was becoming increasingly IT-inspired. More IT came my way from 2016 when I switched to insurance company Nationale-Nederlanden (NN). Initially, I was hired for the development of a long-term strategy for its legacy systems, but switched to strategic planning for the business and IT integration of Delta Lloyd after NN’s take-over of the company.

“I was then asked to handle several large integration projects for NN Belgium, from rebranding to supporting a multichannel approach by implementing a Salesforce CRM solution. This involved amongst other projects creating a new portal for both customers and intermediaries, and using robotics to speed up the digital transition within NN Belgium.”

Soon, Krista will combine her previous experience with her rapidly expanded knowledge of IT. As Manager of Information & Technology she will be responsible for the entire IT domain of BeFrank, NN’s new innovative online pension administrator.

Did she ever think she would end up being in IT? “As a girl I had no idea what I wanted to be. I never consciously considered a career in IT. My interest in digital technology grew professionally. As a consultant and then as a programme manager I was confronted with IT issues I had to deal with—and I simply got on with them.

“All it needs is a bright head on your shoulders. I readily admit that I scratched my head when as a consultant my first IT system selection process came up. There were two things I could do—walk away, or do as Pippi Longstocking: ‘I’ve never done it before, so I think I can do it!’ All of my career, the fact that I’m a woman has never been an issue in this.”

Her employer NN Group has diversity high on their radar. This has led to an almost equal split in male and female staff, even though women are still under-represented at higher management levels.

Krista is strongly opposed to applying quota, however. “I’d rather be hired for my abilities than for who I am. I’m wary of the risk of stigmatisation when you go about shouting ‘us women against the rest’.

“Being a woman shouldn’t—and doesn’t—make a difference. It’s only in private matters that a female boss can at times be more helpful. But apart from that, you’re just a talented human being. If you have ambitions that you need to fulfil—just go for it.

“I would never join a club that says, ‘Oh, look at us suffer from that glass ceiling!’. RightBrains is different in that, by creating role models for girls and young women and showing them in a positive way how it can be done.

“My message to them would be to never have the fact that you are a woman interfere with any of your plans. Instead, pursue the road you want to follow, develop your talents and skills, and create the right network around you.”

Krista has high hopes for RightBrains’ Digital Leadership programme, for which she recently signed up.

“I hope to gain fresh insight into the latest trends in digital technology, and how to apply these in my business. Being a leader in IT requires the right knowledge and skills, and I’m expecting this programme to help me move forward. Meeting interesting new people that will help expand my network is a part of that too.”