Have a curious mind 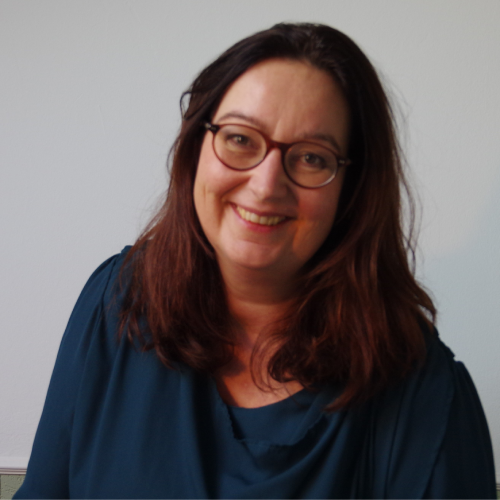 When talking to Martine van Iperen, Senior Development Manager and member of the CTO Management Team at Exact and the 2020 recipient of the RightBrains Digital Leadership and Diversity award, she radiates in her passion for people, the work she does, and the digital industry at large.

Martine first heard of RightBrains while meeting founder Geke Rosier during a Women in Technology conference in 2019. During this encounter, the value of RightBrains struck a chord with her:  “When looking at the Netherlands, there are so few women who choose the more technical side of employment, and it is such a missed opportunity.”

When Martine was in high school, the digital and technology industries were not presented as fields of study for girls, with traditionally “feminine” vocations such as education and medical studies being promoted as potential career paths. “No-one ever told me that, because I was good at maths and sciences, a career in digital technology would be a good option for me,” she explains. Although the number of women in technical studies has since increased significantly, the number of women eventually ending up in a technical profession remains very low. And the value of the female perspective truly is a missed opportunity: “What we can contribute as women, is to give another perspective – less competitive, more focused on collaboration,” she says.

Martine always knew that she wanted to do “something with computers”, but it wasn’t until she completed her final year thesis in Economics and Business at Erasmus University, Rotterdam, that she was led towards what would ultimately become a rewarding career. It was her unconventional approach of building a website and publishing her thesis on the internet, instead of printing and binding it for submission, that distinguished her as someone with potential for web development. Following this, a friend referred her to a friend who had just started a business developing websites and asked if she wanted to work there. Using Google, she taught herself how to develop software. “Once I got a taste for software development, I never wanted to get out. It was exactly my thing. It is something new every day, and it keeps on evolving at high speeds,” Martine says of the experience.

Working in an environment of trust from her employers allowed Martine’s enthusiasm and creativity to flourish. She often found herself intrigued by the challenges presented when developing software, diving into the matter to understand the details, learning from all the people around her and looking for ways to improve the product and way of working.

When asked how she envisions her future, she simply answers that she loves what she is doing right now. “But I do have some goals,” she says. “I would like to have successfully created an atmosphere of trust and empowerment in a fun and safe environment, where people can develop and feel secure enough in themselves to make mistakes and learn from them.” And this stands at the core of how she manages and develops her team, where she encourages them to be themselves, be aware of their strengths and what they can contribute and how the strengths from different team members can complement each other.

Martine believes that once you set your mind to it, you can do anything, a philosophy that has truly came to fruition through her collaboration with HackYourFuture. This project entailed hiring five graduates from the HackYourFuture program as Junior Developers at Exact. As highly educated people from varying educational backgrounds (Law, English Literature, Business and Mathematics) who had to leave everything behind to flee the wars in their home countries, they were motivated to start new careers in the Netherlands. Although they lacked the “usual” background in computer science that is common in software engineering, they had the drive to grow and contribute, and through the continuous support and guidance of their teammates, they were able to undertake the daunting task of learning the trade on the job.

Her advice for aspiring developers is simple: “The most important thing is that you like it and that it’s your passion. You really have to be excited to get up in the morning and discover new things. Ask questions about how you can make your applications better and smarter. Investigate, talk to other people, use Google and just have a curious mind.”

Meet Martine and many more women with a passion for digital technology on the RightBrains platform.