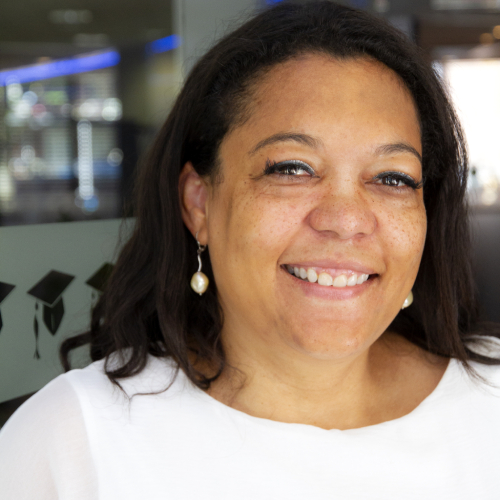 Entrepreneur and cybersecurity guru Mary-Jo de Leeuw became fascinated by bits and bytes at an early age. One can even say that’s how she started her career — “clinging” to an 8-bit home computer, the Commodore 64, she got back in the ’80s. “Some people ask me how I ended up working in cybersecurity but for some reason, I never did anything else. This is what I’ve been doing since I was a little girl,” she says.

There’s a spy in your phone

Mary-Jo is passionate about creating a safer world for all, which is why she founded the Dutch ‘think and do tank’ Internet of Toys in 2013. This invitation-only platform enables scientists, toy manufacturers and politicians to meet and discuss the breaches within connected toys and the lack of privacy and legislation loops within it. They meet to discuss a different subject every month. “You can compare it to ‘Dead Poets Society’,” she jokes. “I wanted to share this knowledge with the Dutch government but they declined an invitation.”

She paints a frightening picture of the future of cybersecurity if governments don’t come up with an emergency plan. “The future will bring more hacks, more cracks and maybe even the first death because of a hack or a crack,” she warns. “The world of digital moves faster and faster every year and government bodies don’t know how to deal with the speed of innovation.”

She says millions of euros are being spent on awareness campaigns telling people to, as one example, pick stronger passwords. “Studies show there is a slight change in awareness but nothing has actually changed — 12345678 remains the most-used password.

“A lot of devices are connected to the internet and everything is run by apps. Even though people think the cyber crook is lurking around the corner at the ATM, he’s actually living in your phone. People don’t care about their data. Look at how many people are still on Facebook, even though it has one privacy scandal after the other.

“And then there are biometric wars in Hong Kong, where people are destroying the technology that was invented to protect them. If you look at what George Orwell wrote in ‘1984’, this is a civilisation that can actually come to life. We’re going to see a lot more scary stuff, so perhaps it’s time for a new movement. It really inspires me to move forward and take my work to the next level.”

A seat at the table

Mary-Jo has received many honourable mentions and awards, of which Opzij proclaimed her as one of 100 most influential women in the Netherlands. “Women’s voices need to be heard,” she says. “I remember, back in the day, waiting backstage to deliver a keynote speech and being asked by a man if I could hang his coat,” she laughs. “I got sick and tired of going to conferences with all-male panels. There weren’t really female role models in cybersecurity.”

Today, as a multi-advisory board member, she gets to meet many like-minded women and spread an important message. “Women shouldn’t be modest. Be bold, be brave and make the world a better place.

“We’re equally good. Female leadership is about not waiting, so take to the stage, and pick up your phone and make a call. You’re the director of your own success and your own life, so make it a good one.”

Catch Mary-Jo in action at this year’s CIAO event, “Secure your digital future”! Click the button below to find out more.