Why we need female networks 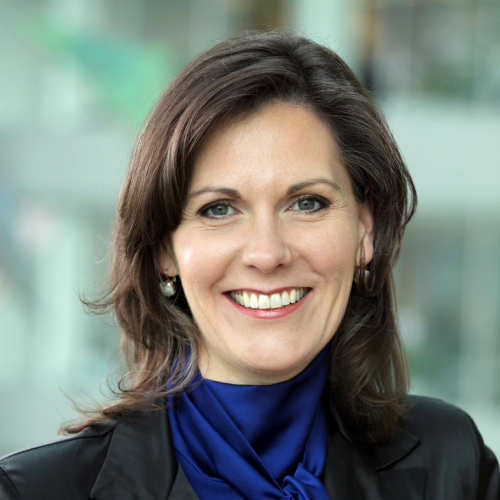 “Women networks are ridiculous and I’m not going to attend women-only events,” Melissa Raczak, Partner in Deloitte Consulting’s Technology, Media and Telecom team, used to think. But after she fell victim to burnout in 2010 and began the process of reshaping her life, it dawned on her that she didn’t have a tribe of sisters—women she could reach out to for support. “I realised I didn’t have a network,” she says. “I didn’t know who to call.”

It took Raczak six months to recover, but she bounced back. “I still believe you can have it all,” she explains, “when you know what you really want and what’s important to you. I don’t feel guilty anymore for being a working mom.”

Raczak moved to the Netherlands twenty years ago. She is married to a Dutchman and they have two daughters, aged 15 and 16.

When she was growing up in the suburbs of Chicago, she was the only girl on the block so she learned to play football and baseball. During high school, she already realised that accounting courses were her favourite and decided that would be her future career. She rebelled against her father’s patriarchal belief that only men ought to be professionally accomplished and earned a volleyball scholarship to a university. “I wanted to be able to pay for myself. I was determined to get an education and have a career,” she says.

Her first job was as an auditor in Tennessee. “I knew accounting wasn’t for me.”

Raczak’s consulting career took off in the Netherlands. She joined Deloitte when the accounting firm she was working for at the time, Arthur Andersen Accountants, merged with the well-known professional services network. She has 16 years’ experience managing transformational programs within the cable and mobile industry and was made Partner at Deloitte six years ago.

According to Raczak, there aren’t enough women working in tech, and not enough women—or even men—working in one key discipline: cybersecurity. RightBrains need the support of more organisations, she stresses. “We need to attract women, help develop them and keep them working.”

A large amount of work needs to be done in technology, she says. “The part-time culture in the Netherlands does not help, and it’s not great for the Dutch economy.”

She says it’s important for women to invest in a female network. “Men don’t need male networks; they already come together. At business events, 80 to 90 percent of the room is male.”

Women need the support of other women, she adds. “Having a mentor is important so that you can connect with someone who’s already been through it all.”

A diverse and inclusive culture

Raczak has seen Deloitte transform after expanding their diversity and inclusion agenda.

When Deloitte invested in an inclusive leadership assessment tool, Raczak had her own capabilities assessed. “We all have unconscious bias,” she says. “It tested my ability to collaborate as a leader, how aware I am and if I have enough courage to speak up when I see non-inclusive behaviour. It’s eye-opening.”

Diversity and inclusion is a “human act of success”, she says.

“Companies need to treat their employees and customers as equal. People expect respect. If you don’t give that to others, you get nothing in return.”

Another topic Raczak enjoys covering when speaking in public, is vitality—largely motivated by her own burnout experience. “Organisations teach people how to manage people, but don’t teach employees how to manage themselves,” she says.

She draws attention to four key areas: Physical, Mental, Emotional and Purpose. Building positive habits and learning the importance of exercise and how to balance emotion should all form part of the energy management process.

“Personal success, and feeling healthy and energetic is something we all want. If life is not in balance, our energy level goes down and everything else with it,” she says.

“Spend time on understanding your purpose, build self-confidence, and flourish in your strength zone, instead of becoming a sheep with five legs”.

Along with our partners, we organise events with the purpose of connecting digital leaders with talented women. Keep an eye on our Events page for more.