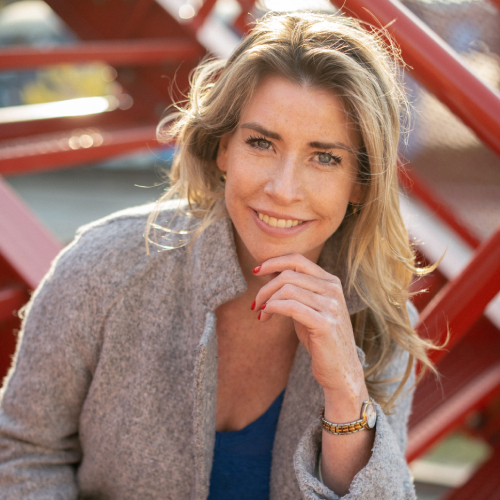 In Sanne Kanis’ newly published debut novel De Bubbel, Anna navigates the intricate world of a fast-growing start-up. While Anna moves from one thrilling experience to the next, she peers into dark corners exposing gender inequality and a lack of ethics.

De Bubbel is a work of fiction and not a memoir, but its author—an accomplished tech executive and digital growth strategist with 12 years experience—knows a thing or two about the ‘Annas’ within the industry. Kanis draws from her personal experience to hold up a mirror in front of tech companies.

“It’s super great that there is so much innovation and creativity,” Kanis says, “but I hope to push them to be better.

“The data shows that women still get underpaid,” she continues, adding that large companies in the Netherlands should start publishing the salary information of its employees.

How can tech companies start ticking the right ethics boxes? “My plea would be not only hiring people based on their IQ and EQ, but their MQ—something I made up as a morality quotient,” she says.

Kanis also warns against a hacker mentality (“move fast, break things and see what we can get away with”).

Companies, having access to so much data, has a responsibility. “We need an institution or legislation that sets boundaries, because at the moment it’s an open playing field.”

Doing what Sanne does best can be described as feeding, fuelling and fine-tuning an engine, only you don’t have a manual!

Sanne’s passion has always lied within the arts and music, so when she set herself a goal to become CEO of a famous concert venue in Amsterdam, all that was missing was a set of strong business skills.

She drew up a map and picked technology giant Google as the first stop on the road to her Big Destination. After a four-and-a-half-year stint as an analyst at the company, she ventured down a “very addicting” path in the digital landscape. Nine months after joining the music service Spotify, she was asked to head up their strategy department in Europe. “We were going through hypergrowth,” she says. “After five years, Spotify became a Green Lean Music Machine!”

At this point in her journey, the Big Destination was more than a tiny dot on the horizon. “My real dream became either running my own business or becoming the chief revenue officer of a scale-up.”

But she had to make another stop—to learn about product marketing—and joined Booking.com, a travel e-commerce company.

A year and a half ago she ventured on her own as an advisor to start-ups and scale-ups.

The power of networking

If she had to give advice to a young woman pursuing a career in the tech industry, she would make a strong case for equality and networking.

“Push for transparency when it comes to your salary and don’t sell yourself for less,” she says.

“Try to seize every opportunity and don’t underestimate the power of networking. I think men are super good at it. They either go to the pub or play golf together, but I think women don’t have that natural instinct.

“I think you should be focused on networking during work hours, but also outside of work.”

Sanne Kanis is one of the keynote speakers at the RightBrains summer event on 20 June 2019.