Luxury handbag with a high-tech edge 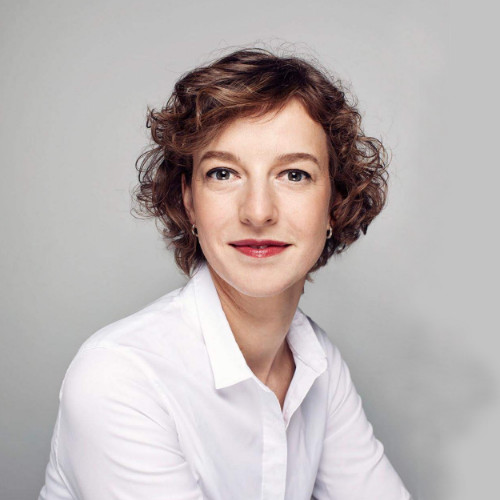 Woman and the handbag have been inextricably linked for centuries, but not in a digital sense. Designer Simone Tertoolen thought it was time for this to change, incorporating the knowledge gained from her ten years at TomTom into a designer bag: “the ideal wearable”.

‘MINOIS’ is French for ‘fresh faced’, and is the name Tertoolen chose for her label. Quite fitting for a rechargeable bag made of Italian leather with its own charging point, USB port and a light, says the designer.

As a fledgling entrepreneur you shouldn’t make things too difficult for yourself, affirms Tertoolen, who studied in Delft and Paris. Especially when you finance everything from your own savings. “The first version of the bag contained a lot more electrical components. I spent hours soldering it, but it became too complex. Keep it simple, stupid, I said to myself.”

Where are the buttons?

After her studies, Tertoolen began working as a product designer for the navigation company. “I was involved in the user experience of the software”, she says. Where are the buttons and what does the driver see? Later on, new applications followed and she led a team of designers.

Tertoolen sees TomTom as a prime example of an inspiring entrepreneurial story. “In the beginning it was a madhouse: fifty new employees were taken on every month. You could easily gain a promotion, but I also witnessed a lot of redundancies.”

Two years ago, Tertoolen had to make a compromise to convert her dreams to reality. Entrepreneurship beckoned. While she was working on various prototypes of her bag, she took up the position as teacher of ‘interaction design’ at the Hogeschool Rotterdam, in order to cover the fixed costs this entailed.

A common thread throughout her career certainly appears to be a discipline that specialises in the interaction between people and technology. Regarding this current venture, she notes “at first I only thought about how best to use the bag. It had to be a smart product that would make daily life easier, like a smartwatch or another wearable.”

The function came before the form, but the form proved equally important. It had to be an elegant bag, something that women want. “The first prototypes made of cardboard were rigid and angular. I knew I could never get it as beautiful as I wanted.”

In Milan they understood that completely. Tertoolen went to one of the biggest international leather exhibitions in the world: Linea Pelle. “A world opened up to me,” she marvelled. She also visited a number of manufacturers. She now works together with a producer who, among other products, makes Dolce & Gabbana bags in the ‘bag region’ of Scandicci. However, Tertoolen’s lips are sealed when it comes to the name of this company.

Tertoolen’s eye was caught by Vachetta, a type of leather that is made without chemicals. Making leather is often a dirty business; the skins are worked in barrels of bleach and dyes. Such methods Tertoolen would prefer to avoid, although it is not yet possible for all bags.

The ‘preference for quality’ also comes with a sizeable price tag. The bag costs €598; a considerable amount Tertoolen agrees, but in a world full of designer bags and brands, it holds the middle ground.

MINOIS still has a way to go before establishing itself as a big brand. But the entrepreneur sees the first proof of possible success reflected in the reaction of early fans. This is evident in her experience last week at the Milan design fair: “When you open the bag, a friendly light will shine. Then a smile appears. There were women who wanted it right away, but they will have to be patient!”

Want to connect with Simone?