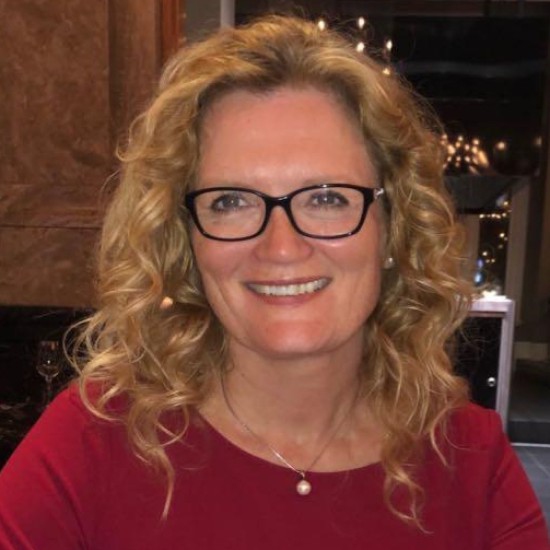 Tanja Muis is RightBrains' lead ambassador at partner Van Lanschot Kempen (VLK), where she is Manager of Devops teams. Tanja has spent her whole career so far in IT, and through varying roles – from consultant to product owner to change manager – she has always brought to the table her skills as a communicator, guiding people through their development. Since the beginning of her career, she has often taken on the role of communicator; “While the technically-oriented roles were mostly filled by men, my role in a team has always been to communicate, to guide people along, to help them adapt to changes. I think it’s perhaps a typically feminine characteristic.” Now in her current role as a manager who connects the dots between both the business and technical sides of operations, Tanja is currently focusing on people development, ensuring the right talent is in the right place.

Tanja explains that there are many initiatives organised by VLK to address gender equality in the workplace, and that while this process often focuses on hiring, her approach expands beyond bringing new talent on board. Tanja believes that in order to develop and retain women in IT, we need to start celebrating the ambition that is already present. Last year in a session of VLK’s women’s network, which Tanja co-organises alongside managing her teams, the women were asked about their professional ambition. Around 50% answered that they would like to progress towards senior management and board roles in the future. Clearly, the organisation is already made up of ambitious and driven colleagues, and Tanja believes that, “we have to do something with this potential in women; there must be real opportunities to progress. Often women don’t feel they are seeing these opportunities for growth, which could drive them to leave the company. We need to provide the chances and the room to develop within.”

One way to nurture this ambition is to take a flexible approach to inter-departmental experience. “Many colleagues, both men and women, find it uncomfortable to tell a manager that they might see a future in another department. Many managers like to keep their teams together because they have set up familiar and effective ways of working, but we need to create opportunities for trying out roles in other areas. We are experimenting with initiatives that ensure the opportunity to grow not just within your department, but within the organisation as a whole.” Tanja explains that in order to create an environment that welcomes ambition, where women will feel able and empowered to speak up and share their desire for growth, the culture needs to shift. “It’s one thing to encourage women to share their ambition, but we also need to encourage everybody in the company, of all genders, and especially managers, to be open to this sharing. You have to accept that your people have ambitions, and help them grow, whatever the position.”

Sharing mistakes can be powerful

So how can the culture in a workplace develop healthily – is it through individual effort, training, workshops? “It’s not about taking one action and then the culture has shifted; you have to act in many ways and, importantly, set a good example. Repeat and repeat and repeat these examples, acting on your words.” Tanja believes one good example to set is to promote an encouraging attitude towards mistakes. “We say you are allowed to make mistakes, because if we share them, we can collectively learn from them. We don’t want people to feel punished for doing something wrong, and then hiding the lessons they’ve learned. Amongst others, we use the ‘week start’ meeting as a chance to share and learn together. It’s very powerful.”

Another powerful action that can help to achieve an ambitious and thriving workplace is to embrace mentoring and collaboration. Tanja has been a mentee right from the start, and just a few years into her career she became a mentor herself. She feels that it’s always a useful experience, because no matter how much experience you have, different questions will always arise throughout each phase of your development. Her most recent experience felt more like a mutual exchange; “It was very nice to learn a lot from my mentor, and she also learned from me, so in the end it didn’t feel so much like a mentor/mentee relationship, rather more like we were good colleagues sharing and learning from each other." Tanja believes partnerships like the one with RightBrains and platforms like the VLK women’s network are also crucial contributors to nurturing progress. Not all women are keen on the idea of a women’s network, because some associate it with the idea of only complaining about separation, or feeling like a victim. But Tanja explains; “That’s not at all what we do. We are good as we are, and we are strong, question is how are we going to show it?” It requires a positive attitude, and a willingness to act with strength.

Accepting your own strength

“The professional attitude is different now. In my early career, I didn’t want to be seen in the office as ‘the mom’ but as Tanja, so I rarely talked about my kids, I was always present, always flexible, always had everything arranged. Next to that, I tried to act like men did and tried to let go of my more feminine strengths. In a way, by doing that I adapted to the male-dominated way of working, instead of being completely myself. Nowadays, we accept people have children, and we can still do a good job, men and women. I see things are changing, and I want to be my strong, whole self at work.” Initiatives that connect women with each other can create an environment of mutual encouragement and, as Tanja says, can “help them to be convinced of their own strength. Some women need a little bit more persuasion, or positive attention, and it’s important to convince them to accept they don’t need to know everything yet, just to try something out. If we do this in a positive way then it can be really powerful.”

Tanja hopes that with these shifts in workplace culture and attitude, “being a woman in tech will, in the near future, not be something special or unusual, but completely normal. I hope the digital field will set an example that will be replicated in more areas, so that as a woman you have a choice to do whatever it is you like to do”.

Meet Tanja during our live Spring Event on 14 April!