Technology for a better world 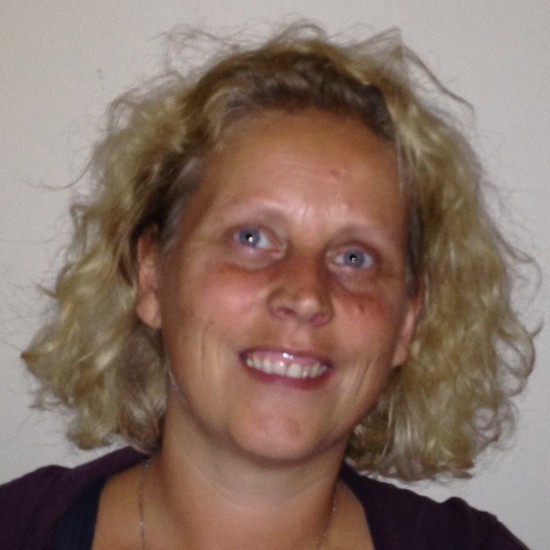 Tanja Ubert is a Lecturer at Rotterdam University of Applied Sciences where she teaches Methods, Design and Data Engineering. Here she also contributes to research projects focussed on building a better and more sustainable world. Although Tanja spent a large part of her digital career in consulting, the call to teach full-time and impart her knowledge and experience on a new generation of digital talent was a call she simply had to answer, and Tanja hasn’t looked back since.

“I stopped consulting a few years ago because I wanted to focus solely on teaching. Within the University of Applied Sciences we have so many grand research projects and I also wanted to be a part of that,” she explains. “We work on projects that investigate how to keep the Netherlands dry when the sea level rises, or how to use healthcare data to help patients get better treatments. Those are just some examples of projects on a scale that I simply couldn’t do on my own. And it feels good to contribute to a sustainable world and better healthcare.”

IT is an adventure

Tanja started working as an office clerk when she was just 17 years old, at a time when computers were only beginning to make their appearance in the office environment: “When computers broke, we had to fly in people from the US to fix them, and usually two weeks would go by between the call and the repair. I became the only one at the office who knew how to use and repair the computers.”

At the time, computer sciences study programs were in short supply, so she enrolled for an after-hours vocational studies program in computer repairs and basic programming. And thus began a lucrative career in IT spanning close to 30 years: “It was really cool to make my own computer and then use it. Also, the sense of accomplishment when I helped people with their problems, I liked the feeling when they panicked and then, usually in a few minutes, I came in and fixed the problem for them. As an office clerk, ‘thank you’ was not something that was part of the vocabulary of the people I worked for. But, as an IT person, I was a specialist and a magician they loved to invite to their office, so it was a completely different feeling. Because we were inventing stuff as we moved along, every week was an adventure. And it still is.”

Although working within a corporate environment was rewarding at first, Tanja began to question how her work was impacting society. It came to a point where she found herself designing business intelligence solutions for board members, all asking the same questions: “They wanted to know about the bottom line, how much profit they made, and how much shareholder value they accumulated. And so, the feeling of contributing to something useful was declining because it was more of the same, but in a different package.”

Tanja started teaching at the consultancy company she was working for, and fell in love with the idea of inspiring young people to explore and learn more about IT: “I liked teaching so much that I started teaching a part-time course at a University of Applied Sciences. Then came a point in time where I had to decide: do I want to teach more, or do I want to do more of the same in consulting. And that was an easy choice to make. Teaching was so much more fun, so much more energy. Seeing the world through the eyes of people who didn’t have my background and who haven’t seen the history of computers gave me new energy to work. It was fulfilling, so I made the choice to teach full-time.”

When Tanja is not teaching or conducting research, she is a speaker at primary and middle schools. She also actively contributes to the university student body, DressCode, where she aims to show girls that it is possible for women to have successful careers in technology: “At the university we have a few women, but most of them are pure academics. I think the students need to see that there are women who actually work in the field and have role models and mentors, to get them to also take the plunge to actually work in the field before they start teaching. I think that would make them better teachers.”

Tanja dreams of a future generation of data engineers and data scientists who not only know which techniques to use, but also know how to use them in an ethical and privacy aware context: “When you can manipulate data and know how to visualise it, you have enormous power to sway both public and management opinion in whichever direction you want. There is a great book, it’s called ‘How to lie with statistics’, and if you know how to present your statistics, you can convince anyone – especially if they are less knowledgeable. That is why you need to have the right values. Be aware of bias in data and the implications it can have on the people you are reporting data about.”

For Tanja, the most important lesson that a student can learn, is that they need to be persistent and not give up if they fail: “It’s almost impossible to get it right the first time, so learn how to deal with disappointment. Learn how to learn from your mistakes, and be critical about what you do.”

Young women in need of mentors can reach out to Tanja and other inspirational women like her on the RightBrains platform. Be sure to visit RightBrains.nl and sign up today!