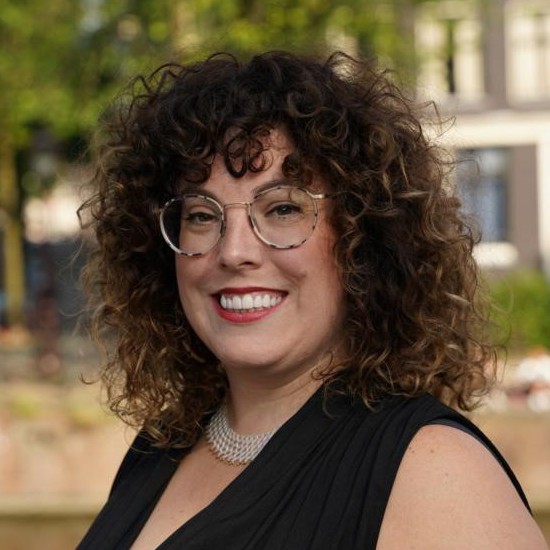 At the age of 32, after 10 years of working in theatre management, Victoria Coady took the biggest risk of her career to make a fresh start in the field of IT. Today, she is a manager of Human Capital and Transformation at Deloitte Consulting, where she helps people adapt to new technology and IT processes within large scale organisational transformations. On 16 November, Victoria will be our chairwoman at the RightBrains awards ceremony. Here, she tells us about finding the courage to switch up her career, embrace neurodiversity, and more.

Consulting and stage management are more similar than you think

“Theatre and consulting are both project-based. The timelines are intense, the budgets are high, and the stakeholders are demanding, so it's pretty much the same in a lot of ways. A stage manager is involved in every part of putting a play together. You have a very determined timeframe and you have to hit your target: opening night when the curtain goes up. Your ability to deliver on time, on budget, and on schedule is paramount. It's what you do as a baseline. Failure is not an option.”

“A big challenge for me was finding the courage when I realised that I wanted to leave the Performing Arts behind. The hardest part was listening to myself and my inner compass. Especially when a lot of people around me – my family and friends, people who I trust and who know me really well – wanted to believe that I was capable of it, but didn't necessarily see that my decisions to take a chance like this were wise.

The process of getting hired at Deloitte took about a year from my first interview to my first day of work in Melbourne. It wasn't just a matter of making the decision to go for it. It was waking up every day that year, and continuously making that decision over and over again. When you make a leap like that, you don't just make the decision once. You have to trust yourself and keep choosing it.”

Embrace neurodiversity as a superpower

“Being proud of my neurodiversity is super new to me. Having ADHD was not something that I was raised to be proud of. So when I got into a professional environment and realised it was unique, I thought ‘Oh – I have a superpower!’ I'm still learning how to talk about it and what to say about it, other than the fact that it's very empowering to feel a sense of belonging to a community.

I did a podcast series with Deloitte on neurodiversity, where I was a guest talking about ADHD and how it can bring a different way of thinking to a team. After that I had some really meaningful connection points with colleagues who reached out to me to share that they are also neurodiverse. It has been a very exciting part of my life to explore.”

Never be afraid to speak up in the boardroom

“Be bold in your choices, be outspoken, and stand by your word and your point of view. I've been in a lot of boardrooms and high pressure situations, and I've never suffered from using my voice to state my opinion. A confident woman in any career carries with her the blueprint for how she expects to be perceived and respected. If you never compromise on that for yourself, then you will not find a challenge because people don't have ground to stand on to challenge you. Don't be afraid to take chances. I wouldn't be where I was if I played it safe. Trust your gut, make big moves.”

Be vulnerable, break down barriers

“A leader who is vulnerable is the kind of leader I respect. Those who bring their entire self to work, show their humanity, and are not invincible. It sets a precedent that opens doors for others who really need the door to be opened for them. It breaks down barriers and breaks down bias to see leaders who are vulnerable in all the different ways they can be. I also feel like leaders should be as accessible to their teams as possible. They should listen more than they speak and be willing to change their minds when presented with new information. A good leader lifts people up around them and helps others to aspire to what they could do.”

Join us on 16 November for the RightBrains annual awards ceremony!