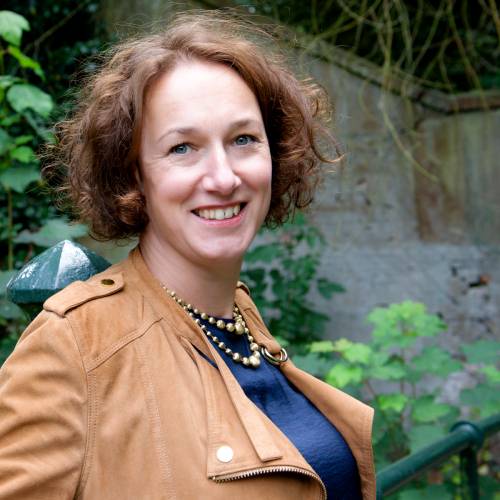 As the Scrum Master for one of the most technical teams in the heart of Dutch telecommunications company KPN, Cathelijne Kwaaitaal is surrounded by men. Still, she sees ample opportunity for young women to follow in her footsteps. In fact, as the impact of technology on society continues to increase, she believes that women could — and should — play a pivotal role in the development of digital technology.

At school, did you ever think you’d end up here?

“Not at all. IT and communication technology just never came my way. As a young girl, all I dreamed about was being a flight attendant. I spent part of my childhood abroad, getting my high-school education at an international school in Portugal. I travelled a lot and connected with many cultures, so I wanted to be in hospitality. But then the Dutch School of Hotel Management rejected my application. I was forced to look elsewhere. Everyone I knew went to college so I thought, ‘I’d better do that too’. My local institute of technology in Eindhoven, where I lived, offered a new programme that combined business and technology in both theoretical and practical ways. The courses included statistics and programming, and often the entire class was challenged to create and run a company — on paper, of course.”

That’s still not the way to end up in digital technology.

“The emphasis was on learning how to set up a company that manufactured physical products, but that’s how I got started with a company called Tektronix, a part of which was producing colour printers. Subsequently, the hardware got me in touch with the software side of technology — first by getting involved in a worldwide Oracle implementation, then changing jobs to being a business consultant at Metrix, then moving on to Oracle itself. Nine years ago, I made the switch from the software-vendor side to telecommunications software and network infrastructure. Which is where I still am, at KPN.”

So what happened to that 18-year-old girl that dreamed of a career in hospitality?

“I always wanted to know how stuff works and have always been interested in trying to simplify things and make them more efficient. Added to that, I have a talent for thinking out of the box, and won’t stop asking questions, which is what you need in hospitality, and in digital technology too! As for the hospitality industry’s focus on customer service — as a Scrum Master I have to facilitate others in order to extract the most value from the team while also supporting individual members in reaching their professional and personal goals.”

Having said that, you probably have considerably less female colleagues now than you would have had working in hospitality.

“I’ve often been the only one. Even today, I’m one of the few. Women have equal opportunities but the ideal 50/50 split is still a long way away — which means that as a woman I continue to be seen as something ‘special’. It shouldn’t make a difference but sadly it still does. In our society, women are traditionally seen as carers — and it’s often hard to step away from that. As a Scrum Master, I had to prevent myself from turning into a ‘Scrum Mama’. I believe I have managed to move away from that, and now promote my team members and other professionals to take responsibility themselves.”

Would you say that there’s such a thing as a female outlook on technology?

“You can say that there are more men with features commonly seen as male, and more women with features that are regarded female. Mostly though, it’s a case of perception. We ourselves make a big deal out of it, but talent, creativity and character are much more important.”

Are you in favour of actively promoting women in digital technology?

“I feel it’s more a case of promoting diversity in general. KPN is working quite hard on that for some years now. But still, my own VP is unhappy about the number of women in his organisation. We maintain a quota of course, but these are generally aimed at higher management levels, which leaves the mid-career levels of women between approximately 35 and 50 years of age quite unattended. However, there is so much that you can do yourself. Together with Buro BRAND and Talent Boosters, I’ve developed a workshop called ‘Discover your course’, which is aimed at people finding out how much of their talent is put to good use and results in describing that on your own ‘canvas’. Many other benefits can be found because of the workshop. Many people — not just women — somewhere along the way lost sight of their personal development and do not see that as work, and I help them discover ways to take charge again.”

You’ve decided to join RightBrains’ Digital Leadership Programme. What are your expectations?

“I hope to gain knowledge in areas I’m lacking experience in, such as digital marketing and the Internet of Things. Also, I’ve been experimenting with several leadership strategies, but I would be more comfortable feeling backed by the theory behind those strategies.”

What’s your message to young women interested in forging a career in digital technology?

“They have all the opportunity in the world, so at times it’s disheartening to see so few girls enrolling at engineering colleges. I’ve been a guest teacher at secondary schools, through ‘Geef IT door!’ and School of Code by KPN, and what strikes me is that boys and girls don’t ask the same questions. Boys will say, ‘I know all there is to know about 5G but why is it important to the Netherlands?’. Girls will ask, ‘What will I actually do in a job like yours? And what do I need to get there?’ My message to them has always been that you as a woman have a role to play in our digital future. The future is not just about technology, it’s is about privacy, security and sustainability too, and there are many ethical issues at stake — not just in the Netherlands but worldwide. We need human creativity — it’s the only thing that we can’t automate. So find yourself a role model in one of the companies affiliated to RightBrains, and experience what their work is like. I will be happy to show you around.”