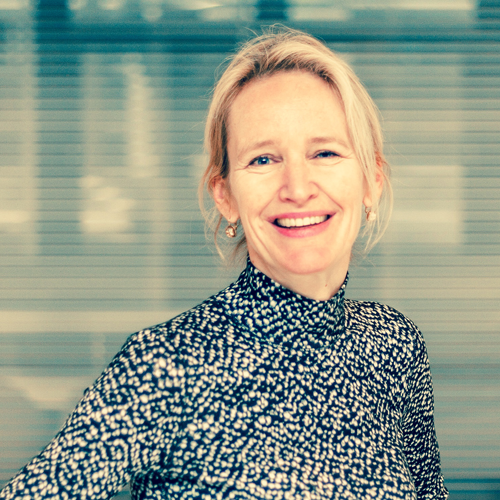 Prof. dr. Cokky Hilhorst has a long list of titles. Besides her job as a lecturer in Business and IT at Nyenrode Business Universiteit, she is a supervisory board member at an accounting and advisory firm and she works as a private consultant. She is also a member of RightBrains’ Advisory Board and a lecturer in the Digital Leadership programme where she will share her knowledge of decision-making and risk evaluations for digital innovations.

In the early nineties, Hilhorst initially studied mathematics but switched over to do a bachelor’s and master’s degree in Artificial Intelligence at Utrecht University.

“In my year, there were about twenty men and maybe two or three women.”

After her studies, she started out at a software company, Oracle and moved to a consultant company, PwC. Hilhorst furthered her studies with another master’s degree in information management at Tilburg University.

“There was a focus on digital strategies and the internet was just starting out. So thereafter I decided to work for an internet startup.”

But Hilhorst is a teacher at heart. After a year, she went to the HZ University of Applied Sciences in Zeeland to develop two education programmes; computer science and business informatics.

After two years, she went back to PwC, where she worked as Director Technology Consulting till 2014.

“Then for the first time in my life, I worked as a civil servant. I worked at the university in Utrecht in data management and high-performance computing. And I worked to assess the large IT investments of the Dutch government.”

From 2018 she has been working at the Nyenrode Business Universiteit.

Diversity should not be a female-led initiative

“In my early career, I had no problem with being the only woman among all these men. I did, however, notice that you will see men progressing in their career more than women. When I became a director, I was one of only two women in the management team. I put my energy into diversity by organising meet-ups between women to discuss their challenges. But this should not be a female-led initiative, it should be a problem that everyone tries to solve.”

Nowadays, Hilhorst says, there are much more women in management positions.

“I have always tried to include women and to promote diversity. In a small way, you can be a role model for other women who are starting out. So if you are a manager in a team, it will be easier for other women to join that working environment. In my internal teams, I succeeded to have a 50/50 split between women and men, and also from different backgrounds and cultures. I really appreciate diversity in a team."

“At Nyenrode there is a diverse pool of students, mostly professional people. But, recently when I gave a presentation at Amsterdam University, I was quite shocked to see there was only one woman in a class of about fifty computer science students. So the progress is still very slow. And it’s such a pity since technology is such an interesting field to work in.”

“When I was at the HZ University of Applied Sciences, I asked women why they are not studying in the technology field. And a lot of them said that they don’t like it. That is why having role models is so important, so you can say I want to be like her. Choosing a profession is already so difficult, and if you don’t see any women in the field you are interested in, then you might not choose that career path.”

Hilhorst says we should make young girls more aware of other career choices.

“I’m already pushing my 9-year-old daughter in a more technical background. I’m always saying that she can be a rocket scientist, but at the moment she wants to be a veterinarian.”

I want to help RightBrains grow

Hilhorst has recently joined the advisory board of RightBrains.

“I bring my technical experience to the board and I hope to help the organisation grow. I’m well connected to students, so I hope to convince more women to go into the digital technology field. You don’t have to be a techie to be in this industry. Anyone can find a niche in this field and there will never be a dull moment.”

She believes technology is truly everywhere and in every career. Her advice is simple: “Don’t be afraid of technology and be the next role model for young women.”