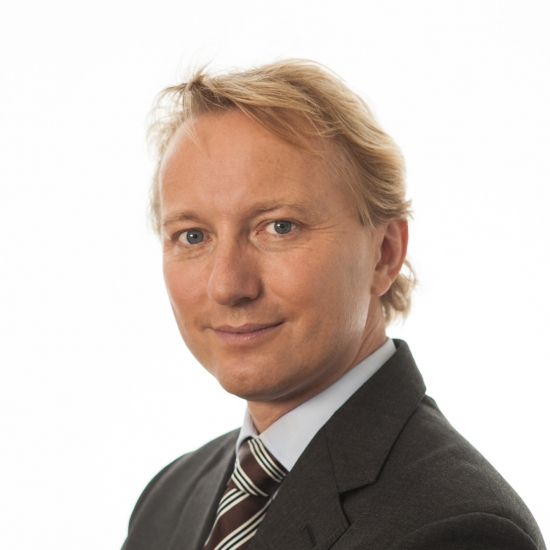 David Versteeg is the Chief Digital Officer at Van Lanschot Kempen, the oldest independent financial services provider in the Netherlands with a history dating back to 1737. With a keen interest in how clients perceive an organisation and understanding how their interaction with technology can help drive businesses forward, it seemed fitting that when David joined Van Lanschot Kempen six years ago, he was appointed to help drive the upgrade of their digital infrastructure, with a specific focus on client interaction and experience.

“When I joined Van Lanschot Kempen, we didn’t have mobile apps, there was a sub-standard client portal, a lot of manual paper based internal processes and little automation.”

As part of an ambitious investment program, Van Lanschot Kempen outsourced a number of backend systems, and under David’s guidance, insourced development of all client facing digital applications – rebuilding them from scratch. His mission was to enhance their service offering by finding digital solutions that would provide more in-depth information to clients and make it easier to communicate when and where they wanted. The aim was to help change the interaction between clients and bankers for the better.

“Within the digital industry, customer expectations are increasingly being influenced by the seamless experiences provided by the big techs of this world. For example, people will either consciously or subconsciously compare your app to the app they have from Facebook or LinkedIn, or closer to home, to the apps that larger retail banks offer. So the challenge here was to provide a similar quality customer experience, while we did not necessarily have the budget that Google or ABN Amro had,” he explains.

David has always been attracted to the “tougher nuts to crack”, and this also applies to his interest in the digital field: “What I find most compelling about the digital arena – and I have experienced this for the last ten years – is the tremendous progress that has been made, and that can still be made, towards enhancing the client experience.”

Data Science and Artificial Intelligence is the future

David’s digital journey started ten years ago when he co-founded his own fintech start-up. Although the company was not commercially successful at the time, it laid the groundwork that would attract the attention of other private financial institutions in the Netherlands who took note of the service proposition that his start-up had built.

When asked how David happened upon the digital field, he fondly tells how his first true interaction with digital was when his parents gave him a Commodore 64 as a teen: “I coded software and sold it, but back then it was more childsplay than anything else.” He later undertook computer studies alongside his degree in Business Administration and Industrial Engineering, but it wasn’t until his start-up that he formally became involved in IT development: “Back then, study programs did not include digital components, but I always had an interest in IT.”

For people interested in a career in digital, David has the following advice: “If you have the mathematical background, I would recommend that you check out the whole area of data science and artificial intelligence. It’s a cool growth area and will be important in the future. And if you’re interested in the creative side of things, there is still plenty of work to be done on the user experience and creative design disciplines within the field.”

David views passion, a growth mindset and an innate curiosity as the key to success within the industry.

David was first introduced to RightBrains through a friend who is also an ambassador for RightBrains, as well as through a former colleague. He recognises that RightBrains has an important role to play in righting the balance of female representation in technology: “At Van Lanschot Kempen we strive to be a meritocracy, meaning that we are interested in talent, no matter which form or shape it arrives in. But the reality is that within the technology domain, female talent is still under-represented.” He attributes this not only to the fact that less women undertake an education in technology, but also to leakage along the pipeline: “It is a waste for society, for companies, and for the individuals. Having an organisation like RightBrains to help right the balance is important.”

But the importance of diversity is not only limited to gender. Referencing the User Experience experts within his division which comprises nationals from Italian, Finnish and Dutch heritage, the value in employing individuals from vastly differing backgrounds, each with their own cultural norms and frames of reference, contributes to a more inclusive interface, enhancing user experience and therefore building a better product.

Meet David and other digital specialists by joining the RightBrains platform. Sign up here.