As a woman, I bring a different energy 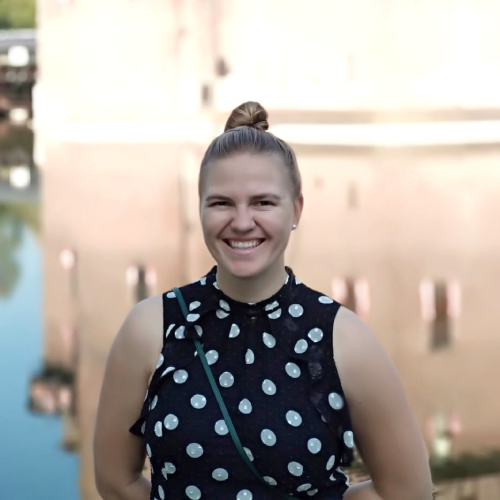 As a network engineer for the Dutch-based internet and telecommunications giant KPN, Marlou Pors goes to work every day helping to shape the network of the future. While she’s been the only girl on the team in most of her student and work-life, she feels that nothing stands in the way of more women forging a career in the tech industry.

“My work takes place deep underground in KPN’s Access Core Networks department — KPN itself is my customer instead of you. You as a customer won’t notice anything of what I’m doing but KPN will hopefully take notice as the work of my research team will contribute to both hardware cost reduction and network management simplification.”

So how did you get here?

“This is my first job on the back of a double-degree master study in computer sciences and telecommunications at TU Delft. I graduated in July 2017 and started at KPN two months later. During my studies, I had become aware of KPN as an employer. When I applied I knew exactly where I wanted to work. So I tricked them by randomly applying and showing up at the interview saying that I really wanted to work for KPN. And it worked!”

How did you develop your tech brain? Was it in the genes?

“I think it was. My mum has always been interested in technology. Even though she didn’t study it at the time, I’m sure she would have done so now. My dad had a strong fascination with the latest gizmos and gadgets all of his life. He’d always buy us the latest game consoles, using us as an excuse, but he wanted them for himself as much as for us! It may sound like I was some naive blonde but I actually decided to study IT because I loved video gaming. I only discovered my passion for programming at university, so I definitely wasn’t one of those script kiddies. I had never done any programming before in my life! And then in my second year, my passion for telecommunications suddenly emerged in the mandatory networking class. My eyes were opened. I thought, ‘Wow, this is it!’.”

Networking — that’s the nerdiest corner in the IT world. You must have been surrounded by boys.

“I’ve always been a bit of an egghead, so it seemed obvious enough for me. But yes, when I started five of my 125 fellow students were girls. In my second year, I was the only one left. The strange thing was that some classes of my telecom master would be 50/50 between boys and girls — but all the other girls were Asian! At Google Summer School I met lots of girls from other European countries. One girl told me that Serbian girls would choose tech purely as a way to make a living. In her country, it was a choice between tech or no future.”

“I never saw it as a problem. I found women elsewhere in university — in the sororities, in the female rowing team of which I was a fanatical member. And it would often be funny in class. In a discussion about cost reduction, I once made a comparison with choosing between two pairs of shoes. And all the boys turned in their seats and looked at me shouting ‘Excuse us? How is that comparison going to work with us?’. I also had a pink notebook and would submit my papers on pink sheets. Then one of the professors lost one of my papers, and I said, ‘It was printed on pink paper! How on earth did you manage to lose sight of that!’. But really, boys are nice people too, so what’s the big deal? Yes, I know that especially the geeks may need a user manual when socialising but I’ve always found that a cute trait. And let’s be honest, they may not get every single joke I pull on them but if they get the work done, who cares?”

“There are five women in my unit of 60, and in my research team often I’m the only girl — again. But it’s no issue if you’re consumed with work 90% of the time. Professionally, on the level of bits and bytes, I don’t think it makes any difference at all whether you are a man or a woman. I do bring a different kind of energy into the group, but it’s hard to tell whether that is because I’m a woman or simply because I’m being me. And they may not be my direct colleagues but I know where to find other women at KPN. I see that KPN is working on creating more gender diversity, but my time here has been too short to make any meaningful comparisons with the past.”

What makes you love your work?

“I just adore doing the research that I do. It fits me like a glove, and I love the way it allows me to meet other techies from all around the world. And I get to be around some wonderful people who are always happy to join me for some video gaming or a bit of fun at the foosball table.”

What would you like to say to girls and young women looking for a career in tech?

“Do what makes you happy. That’s what got me where I am now. If you know what you want you will find the way. I see equal opportunities for men and women in tech, so do what your heart tells you to, and follow the open road ahead of you.”

Marlou was nominated for our Digital Talent Award as part of our CIAO event last year. Nominations are now open for our awards at this year’s CIAO event, “Secure your digital future”! Read more.