You have to be a lifelong learner 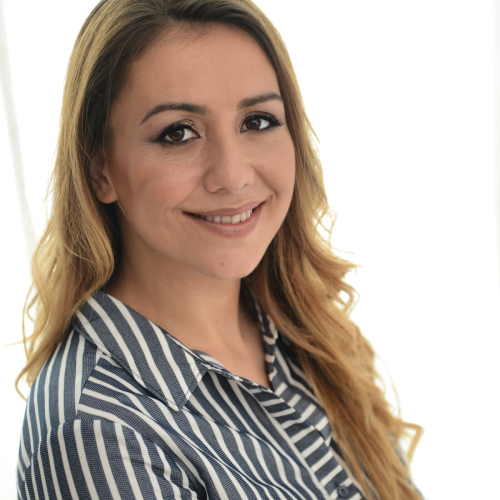 “Self-starter” is a fitting description for the hands-on technical manager named the winner of the Digital Talent Award at our 2019 CIAO event. When Erida Kaja’s colleagues at Tata Communications nominated her for this award, they drew attention to her vast technical expertise but also a bold display of leadership.

“I’m self-motivated, which enables me to own a problem — and solve it,” she says, adding that she thrives on the adrenaline of taking charge of networking systems that can deal with real-world challenges. “I think I have the leadership qualities to bring other people on the journey with me.”

As the senior manager of the DevOps team, Erida leads a team of engineers to drive operational support across Tata’s core telecommunications platforms. On top of this, she’s an out-of-the-box thinker and eager to take on challenges that aren’t within her scope of responsibilities.

“I joined the company as an engineer and learned that many of the latest technical skills were not yet in my toolkit,” she says. Curious to learn, she sought collaboration with various global teams and took control of incidents and problems that occurred in production environments.

She soon gained confidence and started promoting a can-do attitude by setting up training sessions to bring those around her up to speed. “If I know something, I like to share it,” she says.

Her first job was as a junior engineer at a telecommunications company. “They hired me while the company was building an entire network from scratch, which gave me the opportunity to see how different areas of a mobile telecommunication system make up the service and connect people,” she says. “I will never forget the feeling I had when, after a year’s relentless work, we could make an end-to-end voice call. Since then, I’ve been passionate about learning about this subject. It’s the main pillar of globalisation.”

She received a master’s degree and a PhD while working as a telecommunications engineer and got offered the job at Tata in 2018, mere months after moving to the Netherlands.

“A gender-diverse workforce is better for business,” Erida stresses. “Diversity of thought and collaborating with individuals of different genders, sexual orientations, ethnicities, and race leads to increased innovation and enhanced problem-solving, and this is backed by decades of research.

“Women are more than capable to excel in tech-based fields such as engineering, coding, cybersecurity and networking,” she says. She adds that while being female is not a hindrance, it’s not much of an advantage either.

“Most engineering fields have good career prospects, but it’s important to know that you are committing to lifelong learning. You will learn the equivalent of an upper-level undergraduate course every year, forever, and you can only do this if you’re passionate about what you do.

“Pursue the career you want in technology and pursue your dreams despite what anyone else thinks or says. It feels great to solve complex problems, and it’s rewarding to make such a big impact.”

It’s a never-ending job to stay on top of new technologies, Erida says.

“Maintaining and operating zero fault systems for mission-critical industries, and dealing with production incidents, requires my availability almost 24/7. I also have to ensure that my team is healthy and have everything they need to achieve operational excellence.

“More importantly, I have to fulfil my duty as a mother and be there for my beautiful toddler boy.”

But the hard work is worth it. “I want to always be seen as a good and impactful engineer,” she says. “I want to remain technically sound and continue to solve technical problems even though I’m now a manager.

“Maybe someday I will evangelise about technical matters and mentor other engineers but till then, I still have a long journey and experience to pursue.”